The Summit has been traditionally held by the BRICS Youth Energy Agency as the largest annual BRICS youth energy venue to celebrate main achievements on BRICS youth energy cooperation, discuss pathways for the future and take decisions to eliminate borders for deeper and broader youth cooperation. The Summit was attended in a mixed mode by representatives of energy and youth ministries, industry companies, BRICS leading universities, and its main participants were young energy scientists and specialists. 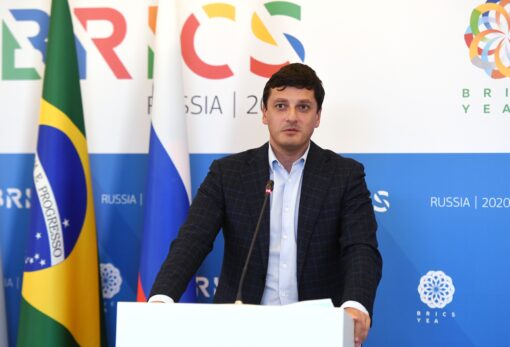 In the welcome address, Mr. Inyutsyn stressed that BRICS unites the largest youth community in the world, and these young people will make the most important decisions on energy cooperation between the countries in the near future.

“It means that today we have to support and guide young people who actively participate in the development of energy cooperation, conduct energy research and launch innovative energy startups. The BRICS Youth Energy Agency and the annual Summit are important initiatives that can make a serious contribution to the implementation of our common energy agenda,” said Anton Inyutsyn.

Among other BRICS senior energy and youth authorities who spoke at the opening ceremony were Secretary of State for Youth Ms. Emilly Rayanne Coelho (Brazil), Diplomat of the Ministry of External Relations Mr. Igor Goulart (Brazil), Director of the Ministry of Power Mr. Vishal Kapoor (India), Chief Director: Programmes & Project Management, Department of Mineral Resources and Energy of the Government of the Republic of South Africa Ms. Elizabeth Marabwa and Manager: Public & International Relations of the National Youth Development Agency of the Republic of South Africa Mr. Phetole Seodi.

The key event of the 2020th Summit was the Presentation of the 3rd edition of the BRICS Youth Energy Outlook. More than 180 young scientists, representing 40 BRICS higher education institutions and scientific organizations, took part in the development of the study, that became a record in the history of the project. The Outlook 2020 was introduced by representatives of the best research groups who presented their youth vision on the industry development to leading BRICS experts and policy makers, including representatives of the Russian Ministry of Energy, Indian Ministry of Power, Mineral Resources Office of the Brazilian Ministry of External Relations, South African Energy Economics Association, JSC Russian Grids Company «Rosseti», Rosatom Regional Center for Central and South Africa, MGIMO University, RUDN University, University of Pretoria and others. 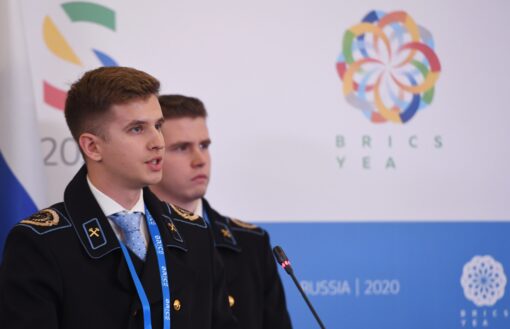 As part of the Presentation, the honorable experts shared their remarks for the BRICS Youth Energy Outlook 2020 and noted the high level of the youth representatives’ competency. They called the Outlook a comprehensive and ambitious report. Thus, Mr. Igbal Guliev, Deputy Director of the International Institute of Energy Policy and Diplomacy, MGIMO-University, indicated that the developers of the Outlook 2020 introduced at least three scenarios: positive, negative and conservative for each of the 19 challenges for the industry reflected in the edition. Valuable and encouraging remarks have been delivered by Ms. Natalya Ozhegina, Deputy CEO for HR, Rosseti (Russia) and Mr. Ryan Collyer, Acting CEO, Rosatom Central and Southern Africa. 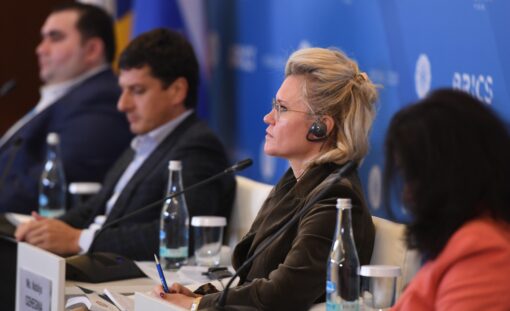 “The solutions to energy issues can be achieved solely due to multidisciplinary, multisectoral and multiperspective effort. These solutions should be proposed, discussed and approved by a multigenerational leadership in both policy-making and research,” said Prof. Roula Inglesi-Lotz, President of South African Association for Energy Economics (SAAEE), Associate Professor, Department of Economics, University of Pretoria.

The event also comprised of the presentation of national video clips of the #BRICSEnergyYouthChallenge campaign launched in preparation for the 3rd BRICS Youth Energy Summit.

The Summit also hosted a Plenary discussion on the development of BRICS youth energy cooperation and joint plans of relevant activities in 2021, where authorities and experts discussed new areas for development of BRICS youth energy cooperation, i.e. energy startups launched by young entrepreneurs, joint research activities and the opening of representative offices of the BRICS Youth Energy Agency in all countries of the group. 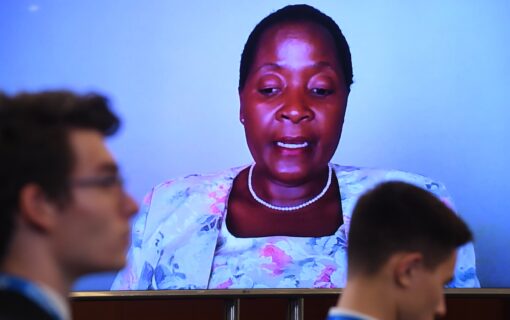 The ministerial representatives and experts applauded to the BRICS Youth Energy Agency for its achievements on BRICS youth energy cooperation which it has delivered since 2015. The members of the panel outlines the pathways for further implementation of the current projects of the Agency, defined the procedures for establishment of national representative offices and shared their views for the future projects aimed at development of BRICS youth energy cooperation.

The Summit was finalized with the #FromBRICSwithSDG Final Event on Smart and Sustainable Cities, where the SDG Platform by BRICS YEA and its partner SDG7 Youth Constituency of the UN MGCY introduced the final document of the campaign “SDG7 Urban Guidebook for BRICS and Beyond” and announced the new initiative to promote broader BRICS youth’s involvement in the UN SDGs development, namely the BRICS Sustainable Ideas Bank. 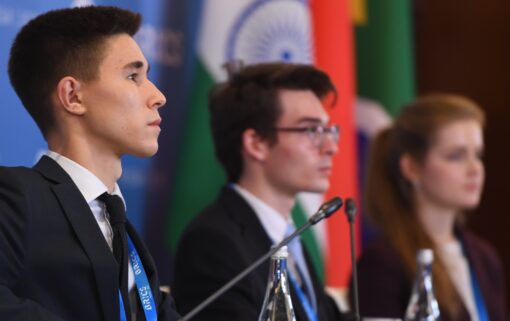 Link to video clip on the BRICS Youth Energy Outlook;

Video clips of #BRICSEnergyYouthChallenge campaign as part of the presentation of the BRICS Youth Energy Outlook: