my.bricsyea
Prospects for the export of Russian fuel pellets

November 16, 2020 a wholly-owned subsidiary of ROSATOM – Uranium One, carried out the first shipment of wood pellets (biofuels obtained from peat, wood waste and agricultural waste) to an Italian customer. The European pellet market is the largest in the world – ½ of world consumption. At the same time, European production capabilities are not able to cover domestic needs, which opens up wide opportunities for third-party manufacturers, including from Russia, which by 2022 will be able to produce about 2,000,000 tons of products per year.

It should be noted that Italy was not the first European country to import Russian pellets. In 2019, after receiving FSC and SBP certificates, Uranium One organized the supply of fuel pellets to the UK (the leader in the use of pellets in Europe) and Finland, which is included in the Top 10 pellet consuming European countries. by end-use in 2018. At the moment, Russia is one of the three largest exporters of pellets in Europe and plans to develop its export policy in this region. As Andrey Shutov, President of Uranium One noted: «We aim to further strengthen the cooperation with our Italian customers. The second shipment is expected in December».

However, in addition to the European direction, there is another one – Asia. Many analysts are betting heavily on Japan. The Bloomberg agency recorded an increase in Japanese pellet imports in 2015 by 140% – from 97 thousand tons in 2014 to 232 thousand in 2015. By 2030, the demand for this product may range from 10 to 15 million tons. The main driver of growth is the Feed-in-tariff system introduced in 2013, according to which the state subsidizes the production of energy from renewable energy sources, including pellets. An important role is also played by the obligations undertaken by Japan under the Paris Treaty, namely, by 2030 to reduce greenhouse gas emissions in the country by 25.4% (compared to 2005). Wood biofuels are classified as renewable, low-carbon energy sources. Its use is considered a “green” replacement for coal: according to a study by the University of Illinois, direct CO2 emissions from biofuels are 79-85% lower.

Some of the BRICS countries, China, India and Brazil, are extremely promising in the import of pellets. The most promising is the Chinese biofuel market. The consumption of pellets in this country, despite periodic recessions, is developing at a frantic pace – from 30 to 40% per year since 2013 till 2019. China has also announced that subsidies for biomass-based power projects will switch to auctions in 2021, with a strong emphasis on projects that harness co-generation and utilize fuels produced from agricultural or municipal waste. Russian products made of agricultural waste and peat are suitable for the established conditions, and it can also be used for combined heat and power production. India and Brazil use biofuels primarily for electricity generation. These countries are among the world leaders in biomass electricity capacity (about 5.5 GW in 2019). To generate electricity at this or greater level, Brazil and India will need raw materials that can be provided by Russia, as another BRICS member state.

At the same time, we must not forget about the existing risks and threats caused by the coronavirus pandemic. China, Brazil, Japan and the United Kingdom have been the most affected by the pandemic, so potential exists for some project delivery delays. Also, IEA analysts predict a drop in biomass electricity capacity by 3 GW from 2019 to 2021, which will affect the needs of countries around the world, including fuel pellets. However, Russia, which has not been so badly affected by the pandemic, can use these changes in the markets for its own benefit in order to meet the import needs of the countries of Europe, Asia and South America, while other manufacturers are busy solving domestic problems.

To sum up, Russian producers have wide export opportunities in the field of bioenergy due a huge reserve of cheap raw materials. The ROSATOM group is ready to take advantage of these opportunities. The words of head of the company Alexey Likhachev prove that: «Our strategy is to develop low-carbon energy. In addition to nuclear energy, we invest in low-carbon and renewable energy sources such as wind power. In this context, bioenergy, which is also low-carbon, is a logical new business line». 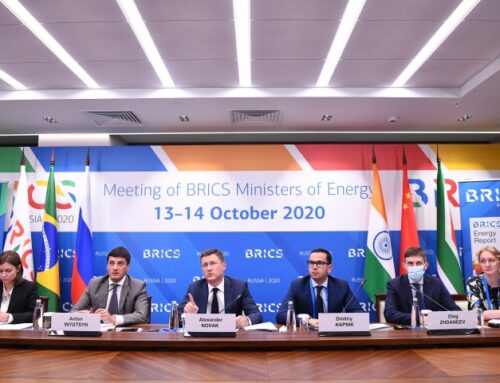