Since the inception of BRICS in 2009 (Iqbal & Rahman, 2016) when the first summit was held in Russia, BRICS has gone far in energy cooperation. BRICS Energy cooperation is the outcome of the summits conducted with the collective spirit of the BRICS countries to move towards the sustainable and green energy sources. Energy cooperation not only address the usage of energy sources but also consider the issue of carbon emissions. The recent Joint Statement of BRICS Energy Ministers 2020highlights three key issues in energy cooperation. First, support for the development of national energy systems in the BRICS countries; second, technological interoperability and facilitating investment in energy; and the third, promoting the stability of energy markets and enhancing the role of BRICS in the global energy dialogue. The Global Energy dialogue since few decades has been influenced by developed countries policies and G-20 deliberations (Florini & Sovacool, 2009). However, after the formation of BRICS, gradually the tide has turned to the developing nations. BRICS Energy Cooperation is not about challenging the prevalent system but reform it with the objective of achieving sustainability in energy consumption. Energy Consumption is linked with the climate change issues and, in this regard, BRICS has emerged as a thought leader in providing potential and pragmatic solutions. There is much to learn from the BRICS energy cooperation for the global community. With a quarter of world’s GDP and about 0ne-third of the world energy consumption, policies adopted by BRICS countries will have a substantial impact on influencing climate change policies in the international arena.

The Road Map of BRICS Energy Cooperation till 2025 is a remarkable document adopted unanimously under the Russian BRICS Chairmanship 2020. The document reiterates that energy cooperation for the participating countries is based on the principles of equality, national sovereignty and the national interests. To make the road map implementation pragmatic, three stages has been devised through BRICS Ministerial deliberations. The first stage will focus on the joint analysis of the new technologies for the BRICS energy sector. It is expected that green energy sources will be priority to simultaneously address the climate change policies. The second stage will determine the intra-BRICS energy cooperation for energy security and to develop the energy sector at the international level. The third stage will incorporate energy research and development in the specific areas to address the problems and challenges in energy cooperation. The comprehensive road map will not only bolster the BRICS energy sector but will provide energy security to the wider population, considering the huge human capital of BRICS countries. BRICS has demonstrated in the past that by adopting climate change policies, cooperation in complementary sectors can be strengthened. Though, currently BRICS countries are lagging behind in both energy security and climate change measures in comparison to Organisation for Economic Co-operation and Development (OECD) and European Union member countries, the current proceedings and development of the energy cooperation among BRICS suggest that in the long run, the trend may change (Rahman & Turay, 2018). BRICS attention towards sustainable development goals together with energy cooperation will be the correct medicine for gloomy future in the post pandemic world. 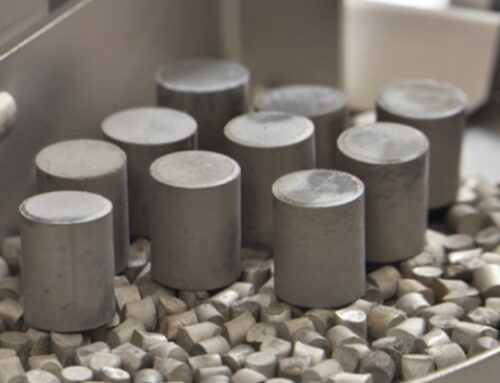 Prospects for the export of Russian fuel pellets Gallery

Prospects for the export of Russian fuel pellets