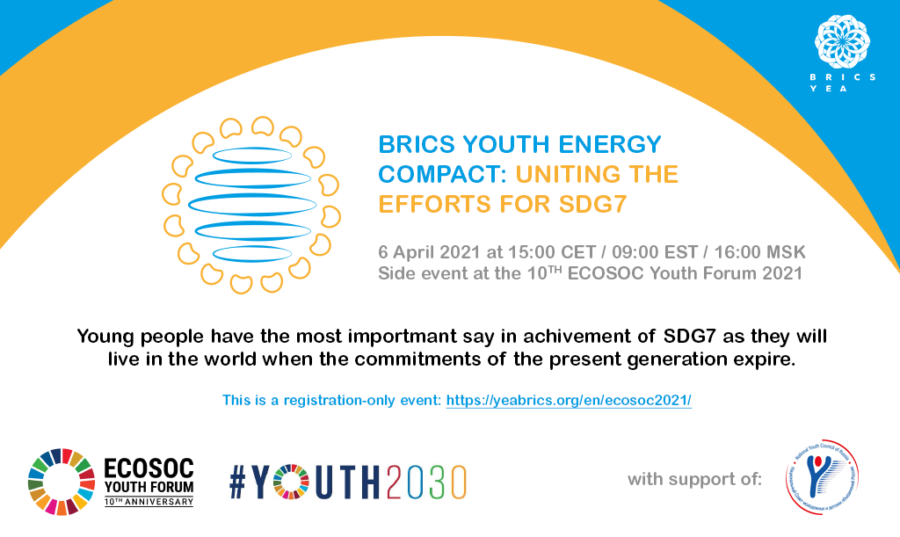 On April 6, 2021, the anniversary 10th Economic and Social Council (ECOSOC) Youth Forum will host a side event “BRICS Youth Energy Compact: Uniting the Efforts for SDG7” organized by BRICS Youth Energy Agency with support of NYCR. The event will be held as an online conference.

The session is held in preparations for the launch of a youth energy compact that would reflect steps taken by BRICS Youth and young people from other developing countries to achieve SDG7 by 2030. The document is to be submitted to the Secretariat of the UN High-Level Dialogue on Energy which scheduled for September 2021. Registration for the session is available at: https://yeabrics.org/en/ecosoc2021.

The session is planned to be attended by representatives of BRICS energy and youth authorities as well as young energy innovators, whose role is especially important in securing affordable, reliable, sustainable and modern energy for everyone in the future. The session will provide for the first insight into the development of the BRICS Youth Energy Compact and bring clarity on the role of large BRICS communities for success of the initiative.

The BRICS Youth Energy Compact will be the first-of-its-kind youth mechanism for preparations to the High-Level Dialogue on Energy open to voluntary youth commitments that ensures youth participation in the Decade of Action for Sustainable Energy. 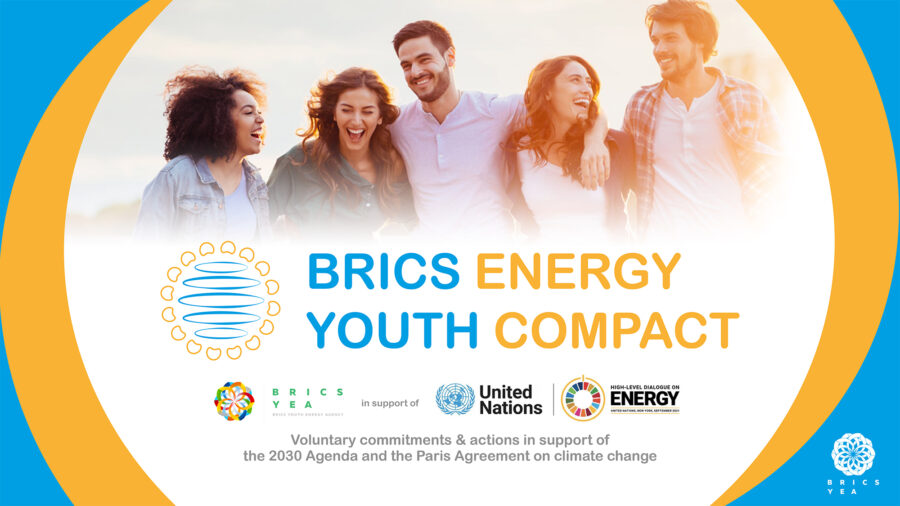