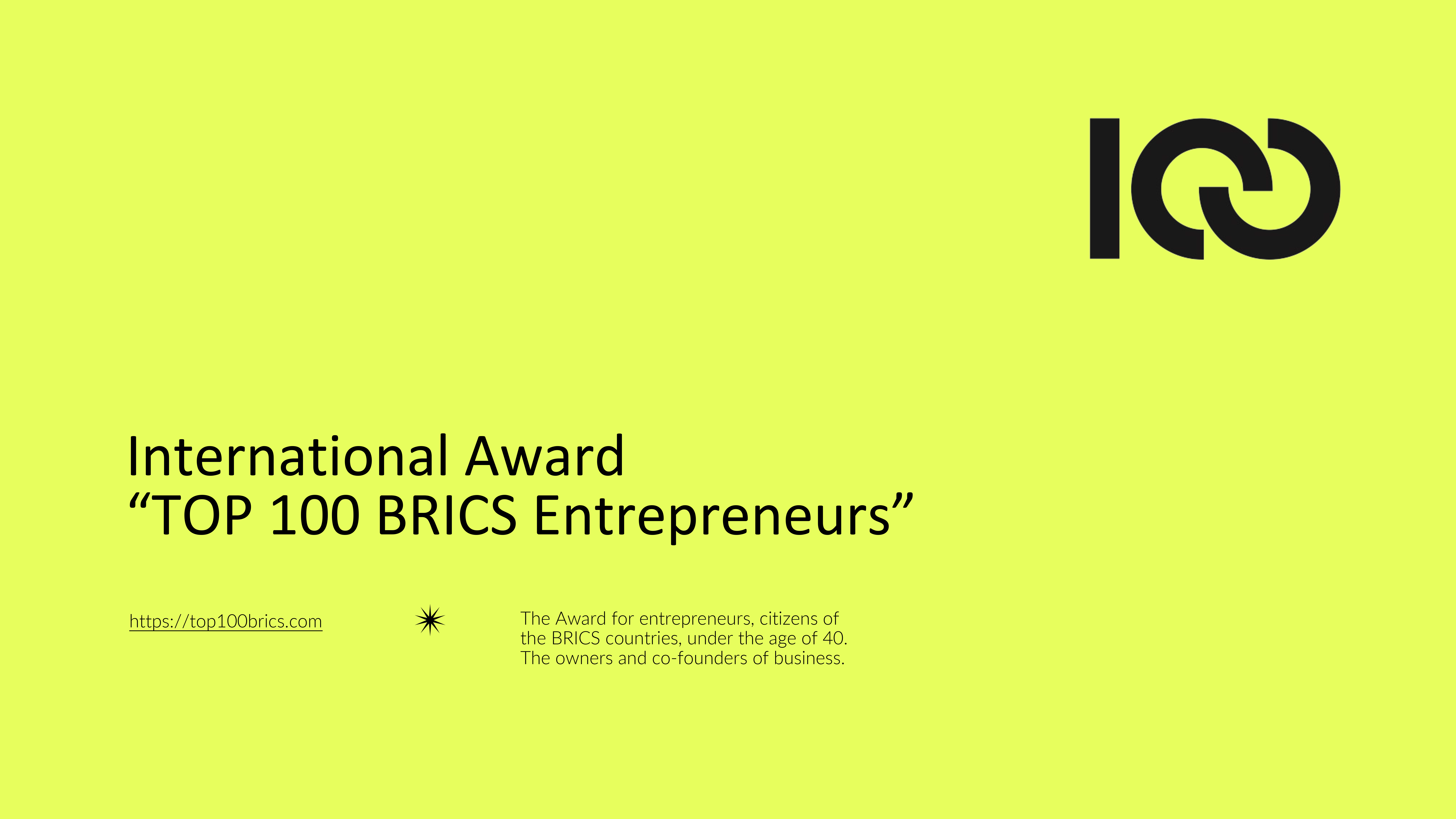 The TOP-100 BRICS Entrepreneurs International Prize invites entrepreneurs under 40 (inclusive) from Brazil, Russia, India, China and South Africa who successfully develop their business at national and international levels. The award is held under patronage of state, not-for-profit and commercial organizations of the BRICS countries. Boris Titov, Russia’s Presidential Commissioner for Protection of Entrepreneurs’ Rights, is the Chairman of the International Jury of the Prize.

In 2022, the Prize is supported by grants from the Presidential Grants Fund and the Federal Agency for Youth Affairs of Russia.

The applications campaign was announced on February 8 this year, and there have already been received more than 300 entrepreneurs’ applications, where they addressed their businesses, their achievements and plans for the future. If one applies for participation, this is a first step to become a part of the international community, whose members get access to exclusive programs for entrepreneurs’ support. Government organizations and business community of the BRICS countries have already expressed their support for the Prize and have become its official partners.

BRICS, today, is a unique union, formed not on a political but economic basis which unites countries not only with the most promising and rapidly developing economies but also with sufficient resources to ensure this development.

Thanks to the Prize, one more community of like-minded people will get a chance to drive joint social and economic projects. These tasks have been set by the “Leaders of International Cooperation” when they established in 2022 the “TOP-100 BRICS Entrepreneurs” International Prize.

An expert team of representatives from all five countries has developed a new format to identify and support the most promising entrepreneurs under 40 by creating a multi-stage program for development of entrepreneurship among young people. The selection of the Prize laureates is carried out by an international jury on the basis of submitted applications according to the Prize nominations. All winners will have the opportunity to complete an educational program from the best international experts free-of-charge and take part in the awards ceremony, which will take place this year in Moscow from November 8 to 10 on the sidelines of the BRICS+ International Business Forum.